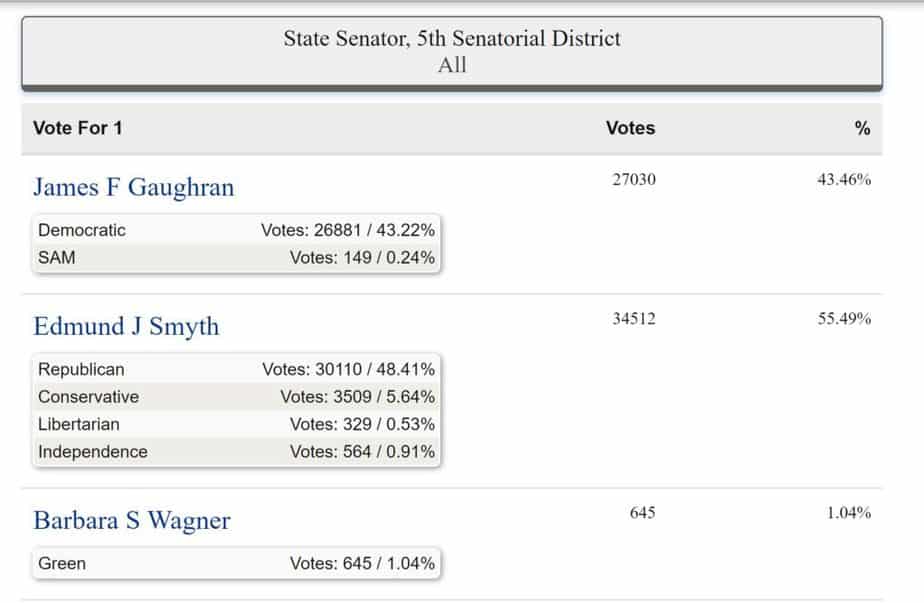 Absentee ballots remain to be counted.

Gaughran spokeswoman Marissa Espinosa said, ““ There are nearly 30,000 absentee votes, the majority of which appear to be from Democrats. It is vital that every vote be counted. I’m confident that this full count will favor Senator Gaughran.”

And Smyth said, ““Our first priority is to ensure every vote is counted. But we also must ensure that every legal vote is counted only once. There are still thousands of absentee ballots to be counted. There’s certainly no ‘Mission Accomplished’ banner hanging at our headquarters this morning.”

Gaughran was first elected to the State Senate in 2018, defeating the long-serving Republican Carl Marcellino. He served previously on the Huntington Town Board, the Suffolk County Legislature and as chair of the Suffolk County Water Authority.

Newsday reported that at least 35,804 absentee ballots were uncounted as of Nov 3.

All numbers subject to change.