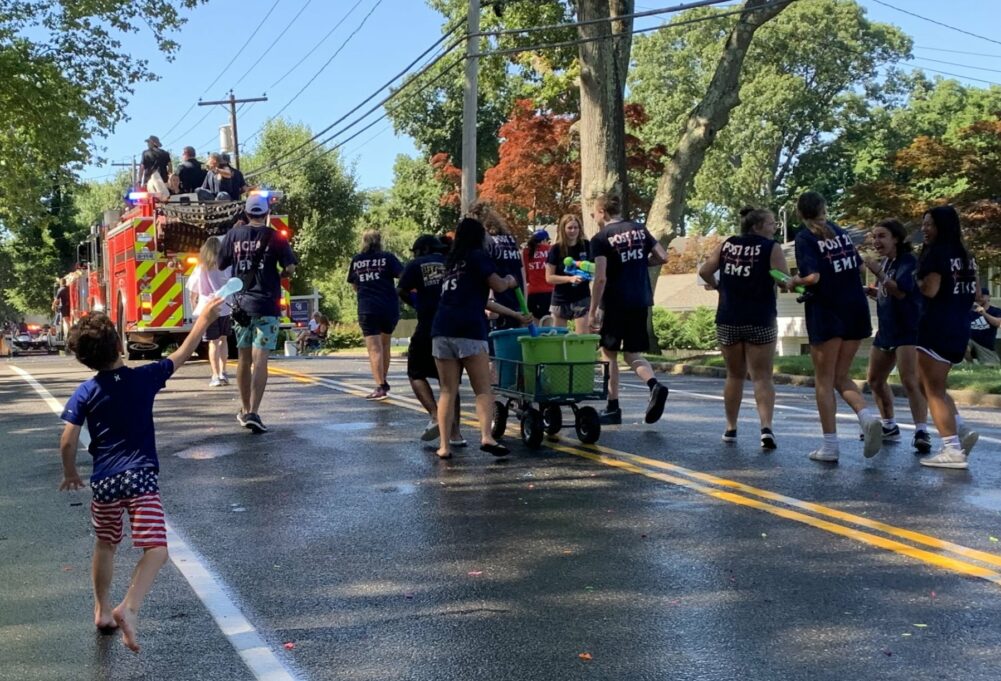 Few of those who participated or watched the Fourth of July parade in Eatons Neck emerged completely dry Monday. And that’s the way they wanted it, as nearly everyone joined in the joyful mobile water fight as the parade moved from the Eatons Neck Fire Department to Prices Bend beach.

Dignitaries appeared off limits, as did the antique cars. But ambulances, fire trucks, emergency vehicles and those  in or near them were the target of all manner of water delivery systems, from balloons to water blasters and hoses. So was anyone on the sidelines who appeared ready to soak the marchers.

The driver of one vehicle repeatedly, jokingly, mocked groups of kids hurling water at his truck, shouting, “Is that all you got?”,  instantly increasing the frenzy of kids trying to soak him.

After the parade had passed, many residents came out onto the streets to sweep or pick up pieces of broken balloons to deposit in the trash and keep their neighborhood clean.