Hazards are everywhere Wednesday in Huntington thanks to the winds brought by Tropical Storm Isiais.

Many traffic lights are out, forcing drivers to take an extra look or search for alternative routes down side streets that might also be blocked by trees. Construction vehicles and landscaping trucks block traffic as cleanup continues. Debris lines streets and sidewalks in many areas.

But the actions of other drivers might be the biggest problem.

Someone dropped several boxes in the intersection of Jericho Turnpike and Route 110, spilling the contents, and  forcing police to string caution tape and direct traffic through the busy intersection. Because the lights are out, cars backed up on both Jericho and Route 110 to wait for police directions.

On Woodbury Road, workers and trucks blocked the road just south of the West Carver Street intersection to remove a fallen tree. Prevented from heading south, at least 10 drivers chose to ignore shouts of pedestrians and turned left onto Carver, going the wrong way on a one-way street. 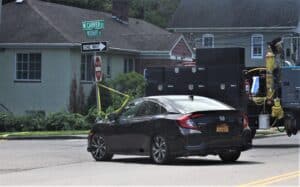 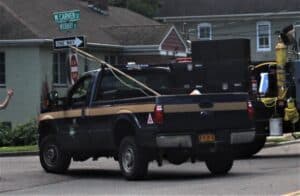 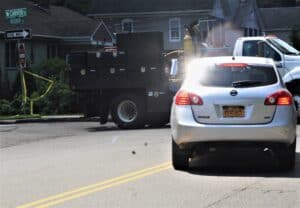 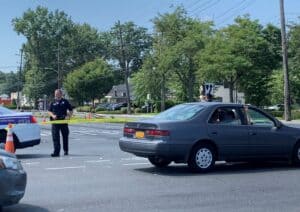 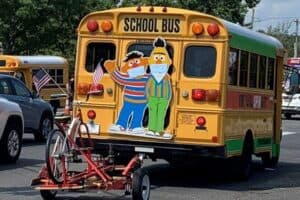 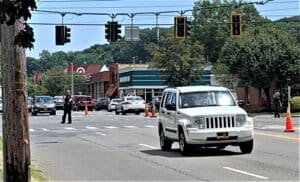