Nick LaLota was sworn in as a member of the 118th Congress early Saturday morning after a weeklong struggle amongst Republicans and 15 rounds of voting to elect a speaker of the House of Representatives.

“It took longer than expected, but it is an incredible honor to continue my service to our great country, our community, and the people of New York’s First District as their congressman,” LaLota said in a release issued at 2:03 a.m. Saturday.  “Long Islanders elected me to lower prices, secure our border, make our communities safer, help restore integrity and accountability in government, and fight for them in Washington.”

Protocols required that the speaker be elected first before congressmen-elect could be sworn in. Kevin McCarthy was chosen after several Republicans voted “present,’ lowering the mininum number of votes for election.
”
I voted for Kevin McCarthy for Speaker and I will vote for the recently proposed rule changes which include conservative wins such as term limits, balancing the budget, reining in spending, and cutting the deficit,” LaLota said “I firmly believe that Speaker McCarthy, our new rules, and the Commitment to America agenda provide the best plan to help move our country and Long Island forward. It is time to get to work!”

Huntington became part of the First District under redistricting that occurred last year. LaLota, a Republican, succeeds Lee Zeldin in the First after the latter ran unsuccessfully for governor. But from a Huntington perspective, LaLota replaces Democrat Tom Suozzi, who also ran unsuccessfully for governor. Suozzi represented the Third, which moved west and south under redistricting, and is now represented by George Santos, who is under investigation after questions arose about financing and his admission that he lied about numerous aspects of his biography. He was sworn in early Saturday morning, as well. 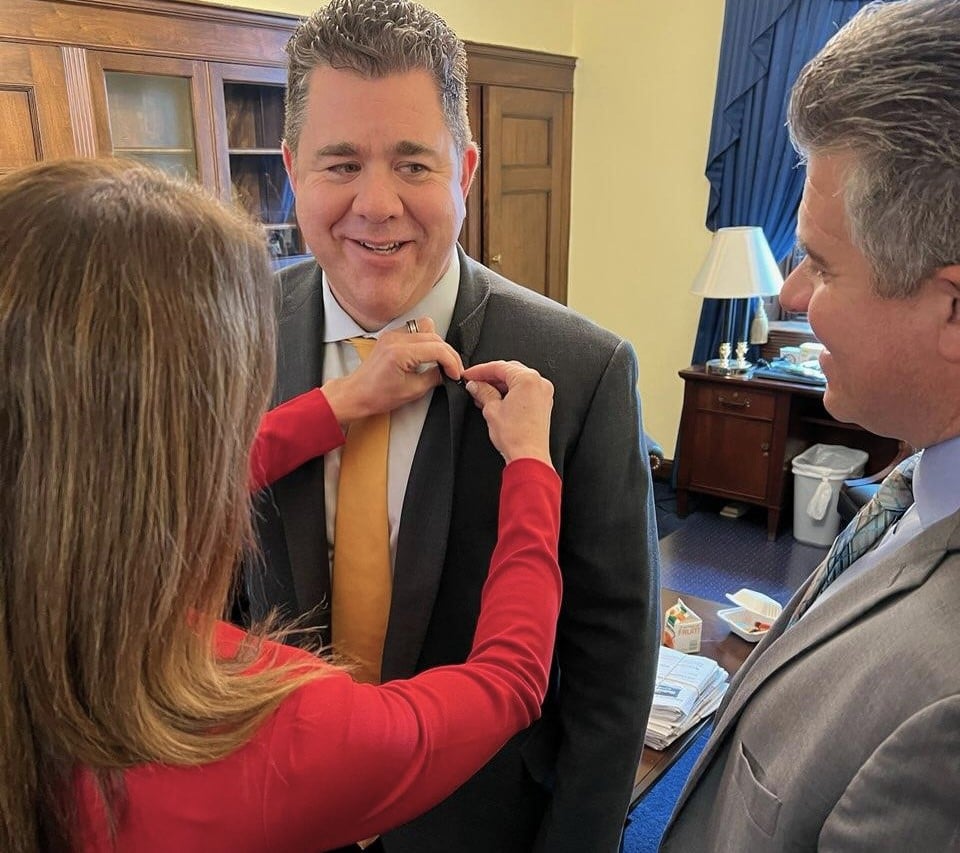 Lalota’s wife Kaylie pins his member pin, with his brother Dan at his side.