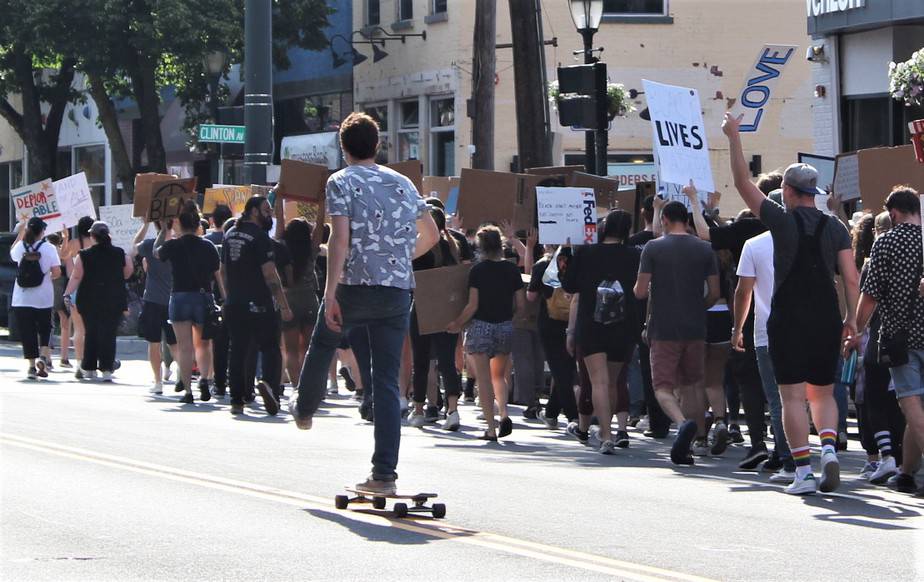 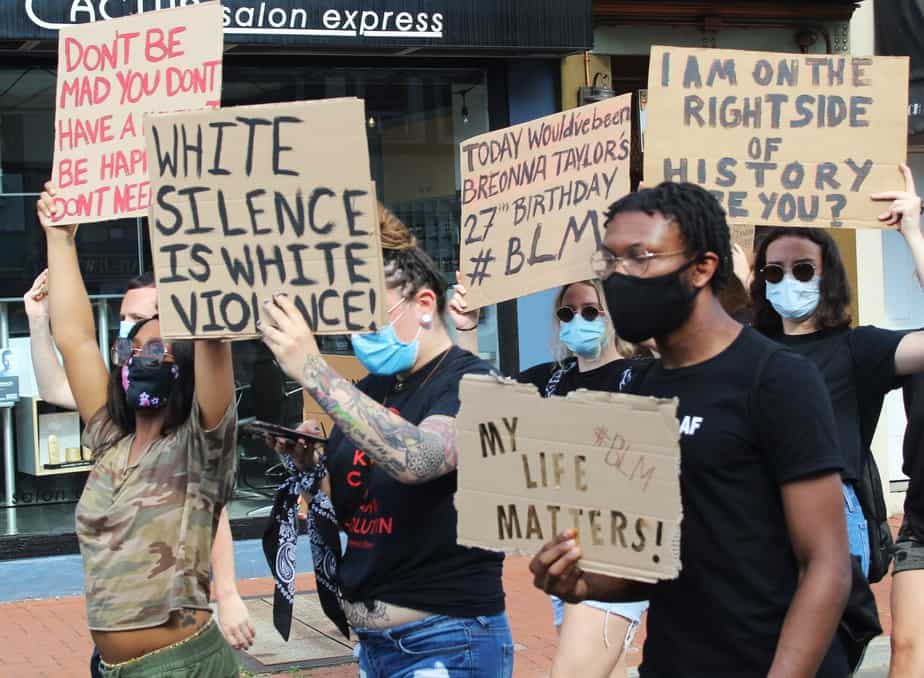 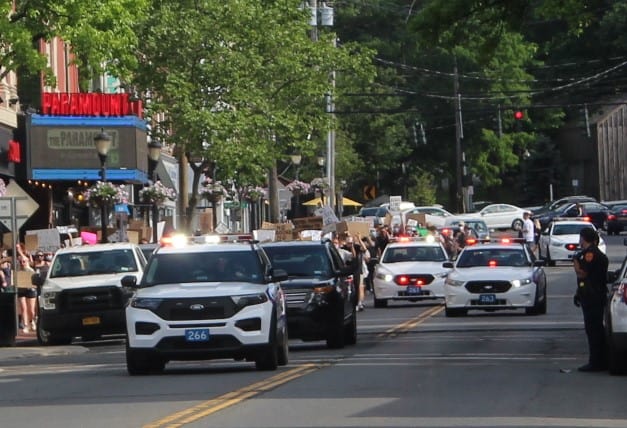 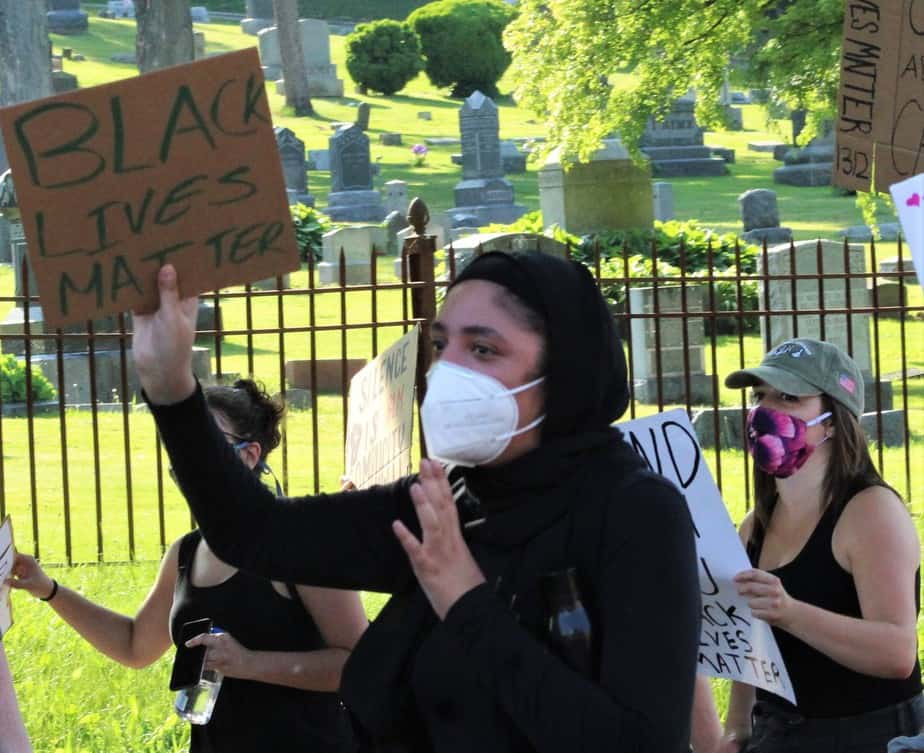 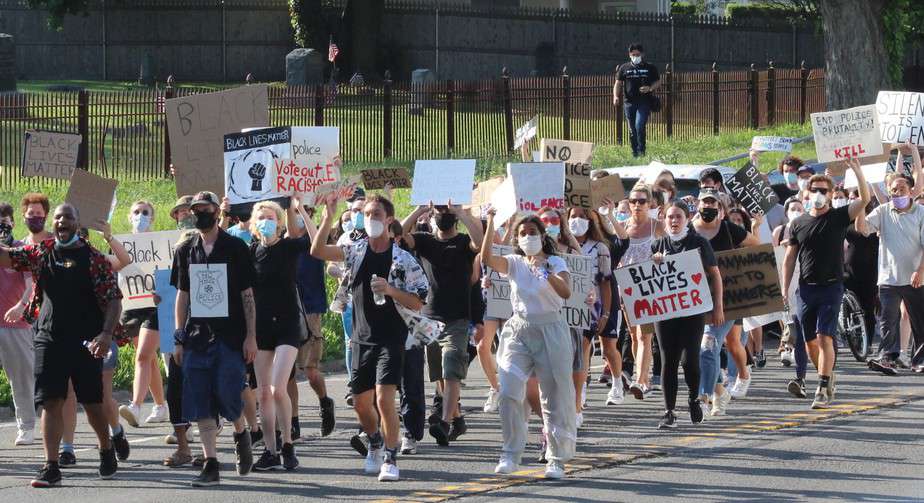 Protesters once again marched into downtown Huntington Thursday, the third such march, and the fourth protest this week in the wake of the death of a man arrested by a Minneapolis police officer that has led to outcry around the country.

Community activist Kevin Thorbourne addressed the protesters who had gathered again at the Big H center, arguing against the march, saying that meetings had been secured with town officials to address some of the protesters’ concerns and warned that continuing to march would be “putting our kids in harm’s way.”

The group decided to march anyway, and headed into the village and back to the center. They shouted for the end to racism, the name of George Floyd, the Minneapolis man who died and Black Lives Matter.

Another march is planned for Friday.