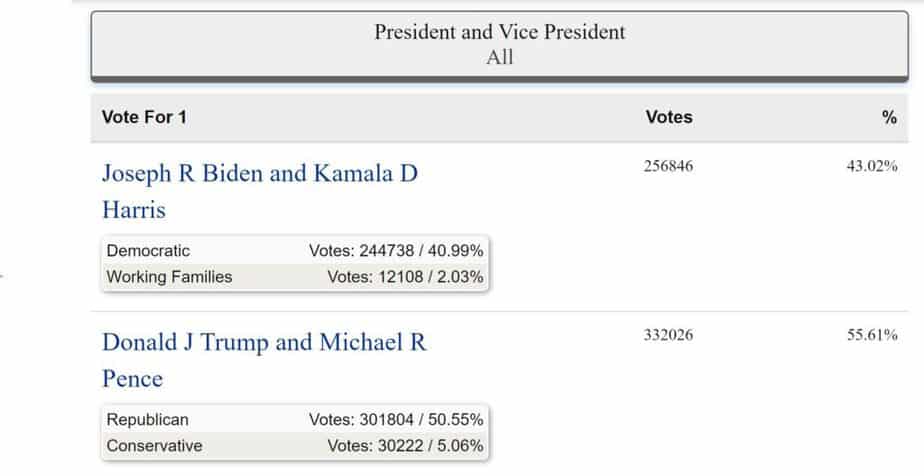 In 2016, Trump and Pence defeated Hillary Clinton and Tim Kaine with 51.77 percent of votes to 44.89 percent. This year’s percentage difference is wider but the number of voters  for both parties is far lower than 2016, apparentlyl reflecting the absentee ballots.

Note: We will provide a breakdown of votes by electoral districts in Huntington as soon as it becomes available.