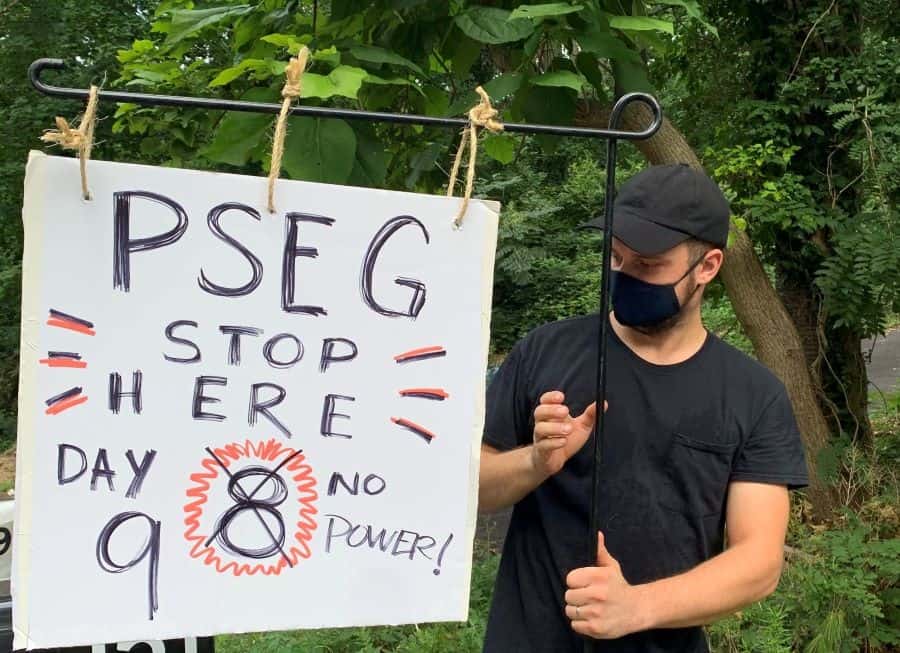 Update: A pregnant Huntington woman whose power was cut for  nine days got it restored after a PSEG-LI worker heard about her plight on a radio report.

Sophia Hall of WCBS radio said a PSEG-LI worker contacted her after hearing her report and arranged to get a crew sent to the home of Rebecca Guiterrez.

Earlier, a pediatrician and State Sen. James Gaughran spoke at a press conference to push for the family’s power to be restored. Gaughran  said that PSEG-LI is failing to take care of people with medical needs.

Gutierrez, whose third child is due in 10 days, said she has been unable to persuade the utility to provide power to the house, which is 10 degrees hotter than outside, she said.

Gaughran has been demanding  an overhaul of PSEG’s Critical Care Program, which he said has “failed to prioritize medically vulnerable persons for expedited power restoration, including those on oxygen, leaving vulnerable people stranded without recourse.”

“She needs to stay bedridden as much as possible,” he said. You would think PSEG would put this at the top of the list.
“In the future this can never happen again. This is a total breakdown in communications,” he said.

Gutierrez said that her neighbors have had their power restored and that PSEG-LI has said it is prioritizing areas with multiple customers out of service. And she said, the utility had suggested she go stay with a neighbor or family, which she declined to do because of social distancing rules of the epidemic. “We would just like someone to come and help us,” she said.

Dr. Sara Siddiqui said, “We must take care of those who are fragile. The loss of power is detrimental to all but especially those who rely on it for health reasons.”

The Gutierrez home is one of about 11,807 total customers that PSEG said were still out of power Wednesday morning.