Huntington has come up with a new look, changing the colors of its official seal.

The previous seal was presented either in black and white or with a bright yellow. The new logo eliminates the yellow except on the edges of the seal, and adds blue and red on a gray background.

The new design was dropped on Facebook, with an explanation that the blue and red were official town colors adopted by the Town Board in 1997. It explained the letters this way:

“The “E” at the center of our Town Seal stands for Huntington’s status in 1664 as the fifth Town from the East End of Long Island, when each Town was assigned a letter. At that time, the Towns in Suffolk County were comprised of East Hampton, Southampton, Southold, Brookhaven, and Huntington (the other Towns, as we know them today, were formed later). HVN is an abbreviation of Huntington, with V used in place of the U, as in ancient Latin.” 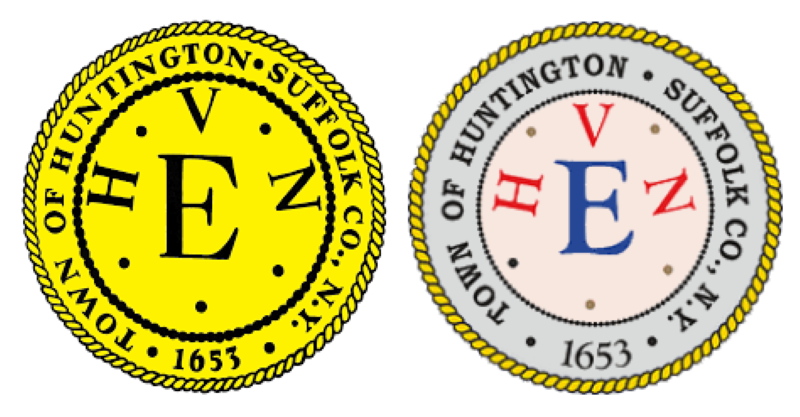